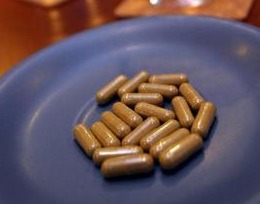 The use of natural human ‘bio-equivalent’ or ‘bio-identical’ hormones to treat patients is still a controversial subject.

HORMONES are vital to our health. They instruct our cells to do important metabolic functions. Too much or too little hormones can cause cells and organs to malfunction. Since our organs are not independent of one another, any upset in one system will soon affect many or all other organ systems.

There are many hormones that regulate the body. Of these, about a dozen need to be monitored and fine-tuned if you want to be really healthy.

Unfortunately, the role of hormones has not been properly understood by many doctors. This is reflected in the fact that when you do your comprehensive medical check-up, the blood tests will only include one hormone (TSH or FT4).

How can the doctors give an accurate assessment of your health when they don’t even check the other important hormones?

Anti-ageing doctors, on the other hand, will investigate at least 10 other hormones to have a better estimation of the state of the body, and to be able to optimise these hormones should they be at sub-optimal levels.

Other doctors have written about the subject, but I would like to share my perspective on this.

How important are these hormones? And how do they function? Let me give three illustrations:

On the first day of the fasting month, most Muslims who fast get very tired, and their productivity at work suffers. Then at breaking-fast time, just a glass of syrup water or air bandung will recharge and revitalise them. Of course, they get used to the fasting in the next few days.

This is to illustrate that as we fast, our glucose (and other nutrients as well) level declines and that makes us lethargic, since glucose is the main source of energy for the body. When we consume a sugar-laden drink, the glucose level is promptly restored, and so is our energy level.

But have you ever wondered why those people with diabetes, whose sugar levels are several times higher than ours, are not also several times more energetic? In fact, they are less energetic, and are prone to many diseases (eye disease, heart disease, kidney disease, erectile dysfunction, infections, etc.) because of the high glucose level.

The reason is that while the blood is loaded with glucose, the cells are starving because of lack of instructions by the hormone insulin for the cells to assimilate (take-in) the glucose. Diabetes type 1 patients lack insulin, while type 2 patients have abundant insulin, but their cells have become insulin-resistant.

Insulin regulates glucose and lipid intake by the cells. Insulin resistance is currently believed to be the underlying reason for diabetes, hypertension, central obesity and dyslipidemia (abnormal blood lipid levels). These will in turn predispose to heart disease, stroke, kidney disease, other organ diseases, and possibly cancer, too.

The next step towards becoming diabetic is when your blood glucose becomes slightly elevated, despite the high insulin. You are now “pre-diabetic”.

When the glucose level gets even higher, you will then become diabetic. The insulin level is expected to become higher than before (though not always).

A woman may not be going through any change in her lifestyle, diet and exercise routine, but when she goes into menopause (average age 50-51), she will start ageing at a faster rate than before. Every organ in her body will be affected – especially her brain, heart, bones, skin, and sexual organs. Her libido and sexual activity will be adversely affected.

All these are due to the sudden rapid decline in her oestrogens (female sex hormones). There are three important oestrogens (estrone, estradiol and estriol), but it is sufficient to monitor estradiol only, since it is the most abundant and most important.

Some doctors monitor the “free” or active estradiol levels (usually from saliva), but I have found this unnecessary in my practice.

It is also important to monitor progesterone (the only natural progestogen, which is important for fertility and pregnancy, and also “balances” out many of the negative effects of the oestrogens at other times).

For example, vaginal dryness will become evident during the “peri-menopausal” stage (ie in the months or even years before cessation of menses). This will make sex uncomfortable if untreated.

Libido is likely to be low, and often it is the husband who complains (provided the husband also does not suffer from low libido due to male menopause/andropause).

Women rarely get heart attacks before menopause because her oestrogens protect the heart. After menopause, the woman joins the “heart attack club” because her risk starts rising.

So for several decades, doctors were recommending HRT (hormone replacement/replenishment therapy) to women, with the promise of reversing all those problems brought about by menopause.

However, that almost came to a halt due to damning results published by the Women’s Health Initiative (WHI, US National Institutes of Health) a decade ago and later by The Million Women Study (UK). The WHI studies showed that the most popularly prescribed HRT drug – a combination of horse oestrogen (conjugated equine oestrogen) and a progestin (a synthetic progestogen, the other group of female sex hormones) – caused more harm than good.

The WHI studies have since been severely criticised as being flawed. Last year, a study on over 1,000 postmenopausal women in Europe showed that there was no increase in heart disease, stroke or breast cancer among HRT users. So the debate continues.

What is clear is that women age and become diseased faster as their oestrogens decline. What is not clear is what is safe and effective to delay or reverse this. We know that horse oestrogens and synthetic hormones may cause more harm than good. So I and some other doctors resort to using natural (human) “bio-equivalent” or “bio-identical” hormones to treat our patients.

These are hormones derived from plants, which are then modified in the lab to become exactly the same as the human hormones.

Since what causes menopause (and andropause) is the decline in the natural hormones that flow inside us, it makes sense to replace them with the natural or bio-identical hormones (BIH). The benefits and risks associated with BIH are expected to be the same as in women who have late menopause (who continue to have higher levels of natural oestrogens compared to menopausal women of the same age).

However, evidence-based medicine demands that every claim must be backed by scientific study. Unfortunately, no company is willing to spend the millions to do research on BIH since the natural formula is not patentable and the money spent cannot be recouped.

So, although using natural human hormones or their equivalents makes more sense than using horse hormones or synthetics, we are not allowed to make any claims.

Those of us who prescribe BIH to our patients do so based on the collective experience of BIH experts worldwide, our own experience, and the positive results seen in our patients.

The debate will surely continue among the doctors.

Partial Androgen Deficiency in Ageing Men (PADAM) is the other name for andropause/male menopause.

The decline of androgens in men is gradual, starting from about age 25 onwards (after the peak growth and stabilisation stages). The rate of declines varies among men due to genetic, lifestyle, diet, body weight, exercise and other factors.

Since we are generally leading less healthy lifestyles and do less physical work than our predecessors, the decline is expected to be faster. Indeed, many men in their 40’s already have low testosterone levels.

While women know they have become menopausal by the cessation of their periods, men are clueless. They attribute their weakness, muscle loss, lethargy, obesity (especially central obesity), poor libido and poor erections to various reasons, but very few realise that low testosterone could be the main reason behind many or all of these.

The main androgens are testosterone and DHT (dihydrotestosterone). Testosterone is more abundant, although DHT is more powerful. DHT is also more responsible for male-pattern baldness, and is blamed for prostate disease. Once you have prostate disease, both will worsen it.

Andropause is defined as having low levels of testosterone accompanied by one or more of the symptoms. It is sufficient to monitor just the testosterone. I find that monitoring the free or active testosterone is also important as some men with symptoms have normal testosterone levels but low free testosterone.

Unfortunately, both free testosterone and DHT tests are expensive.

I have listed four hormones (insulin, estradiol, progesterone and testosterone) that you should get tested for if you want to know what’s really happening in your body.

Women should also test for testosterone as this may be too low (and may affect their libido) or too much (and may cause infertility, excessive hair growth, and other masculine features), and men should get tested for estradiol because this may be excessive (and may cause fat accumulation and gynecomastia or “man boobs”) in some of them.

I will continue with the other hormones in the next article.

0 thoughts on “Hormones For Health”

HOW TO AVOID COVID-19 & SOME OTHER VIRAL INFECTIONS

HOW TO AVOID COVID-19 & SOME OTHER VIRAL INFECTIONS [DR AMIR FARID ISAHAK]   [This article was written during the lockdown due to the COVID-19 pandemic, April 2020]. Viruses are inanimate matter than gain “life” Read more…

(Please see diagram below for better understanding. Diagram adapted from MedCram by Roger Seheult, MD). #1. GSH is required for the proper functioning of APCs – Antigen Presenting Cells which engulf viral-infected cells, and then Read more…

Human growth hormone maintains the health of many organ systems, and also acts as a biomarker of ageing. THIS is the second article on hormones that are important for good health. In the first installment Read more…